Ginger Elizabeth Hahn is a formally trained chocolatier and pastry chef who grew up in nearby Apple Hill. She studied pastry at the Culinary Institute of America in Hyde Park, New York, graduating top of her class and receiving the CIA Management Award and Angel Scholastic Award. While in New York, Ginger worked for world-renowned chocolatiers Jacques Torres, MOF and Daniel Budd.

After graduation, Ginger took a position at the Ritz Carlton in Chicago where she apprenticed under the world-famous pastry chef En-Ming Hsu, 2001 World Pastry Cup gold medalist. By 2005 Ginger had returned to California to be close to her family and start her own business. At the age of 24, Ginger opened the wholesale company Couture Chocolates by Ginger Elizabeth with a $2,500 small business loan and a passion for chocolate.

The business grew, and in 2008, Ginger and her husband Tom launched their retail store in Midtown Sacramento under the company’s new name, Ginger Elizabeth Chocolates. In 2013 the store expanded yet again when the kitchen moved into a 3,500 square foot workshop in West Sacramento, and the company now ships nationwide in addition to filling the shelves of their storefront on 18th and L.

Since founding Ginger Elizabeth Chocolates, Ginger has been invited to the Ecole du Grand Chocolat Valrhona to study bon bons; visited cocoa farms in Belize to observe the chocolate making process and the importance of the cocoa farmers; been chosen by Vanini, one of Italy’s largest chocolate makers, to consult on their entrance into the American market; attended a chocolate technology course with Richardson Research at UC Davis to better understand the scientific process behind the making of chocolate; been featured as a top chocolatier on the TLC show “Chocolate Wars”; and been named by the Sacramento Business Journal as one of the regions “40 Under 40” notable businesspeople. In 2010, Ginger was named one of the Top Ten Chocolatiers in North America by Dessert Professional Magazine. 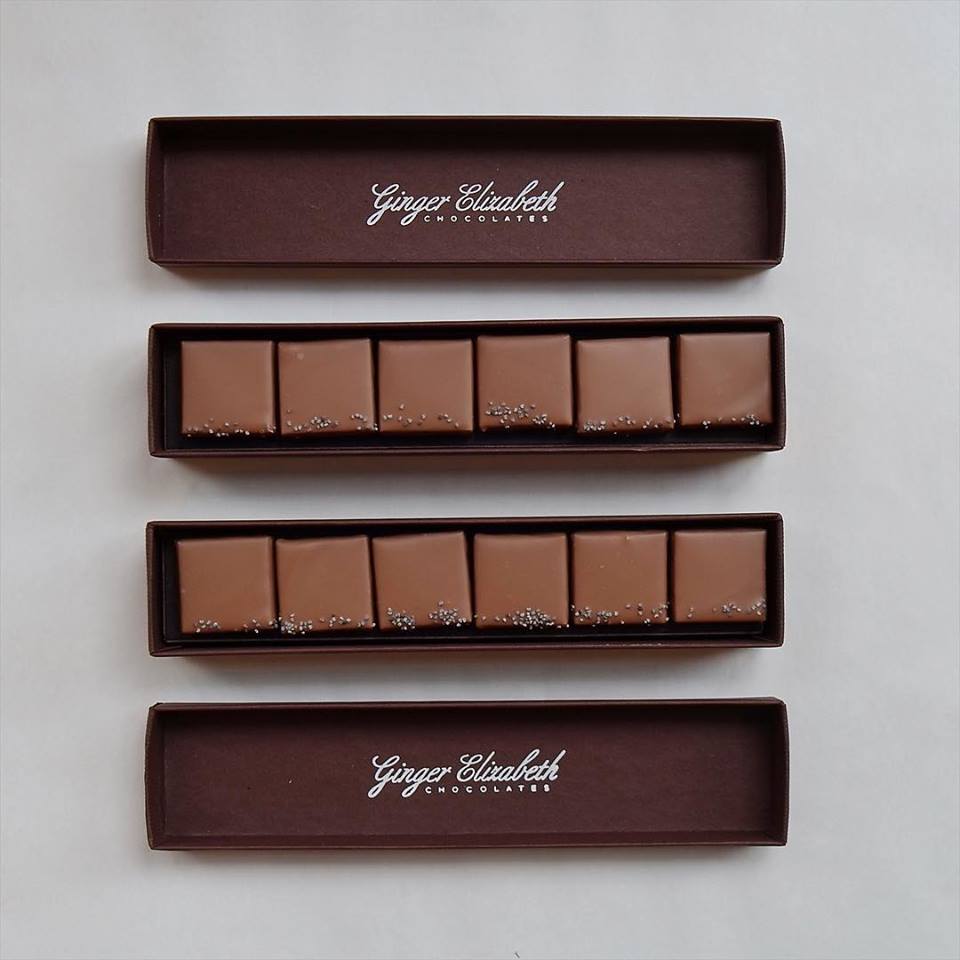 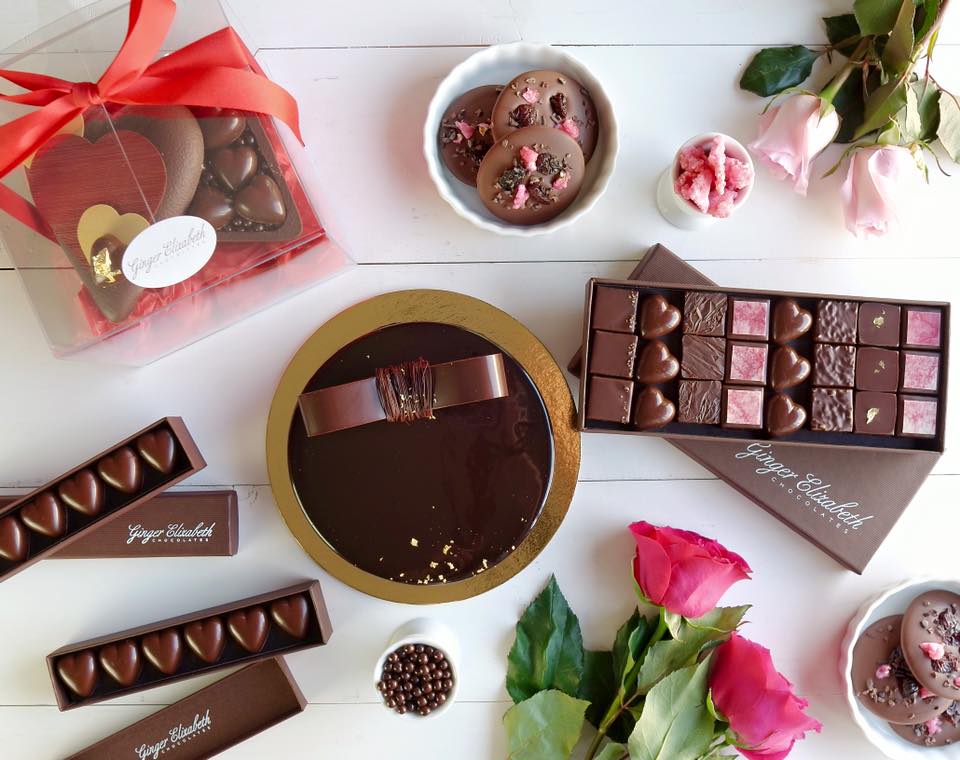 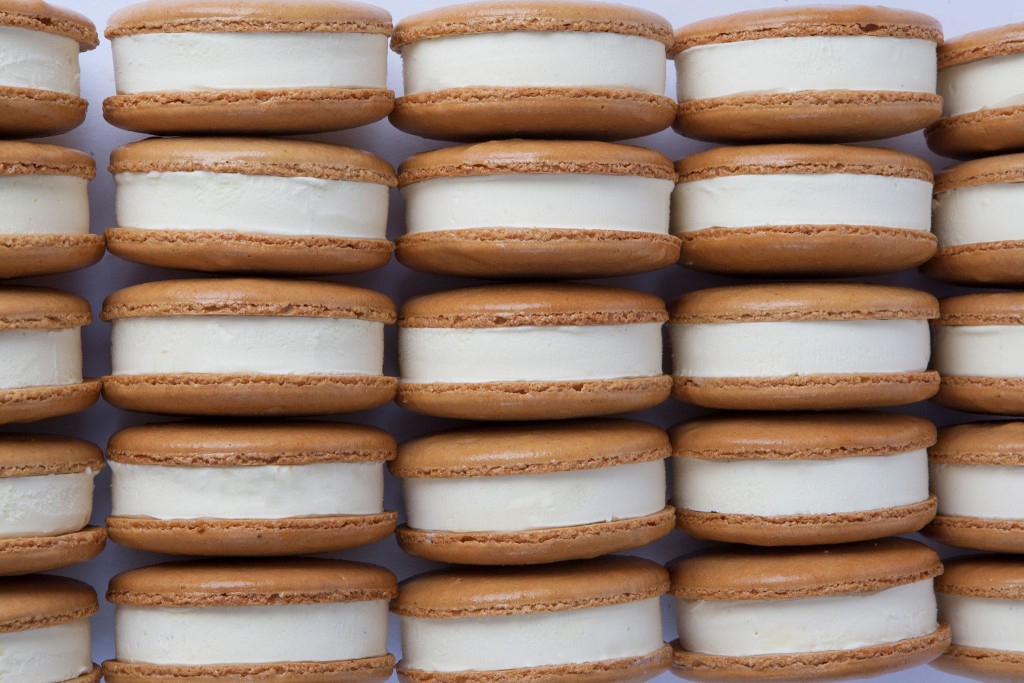 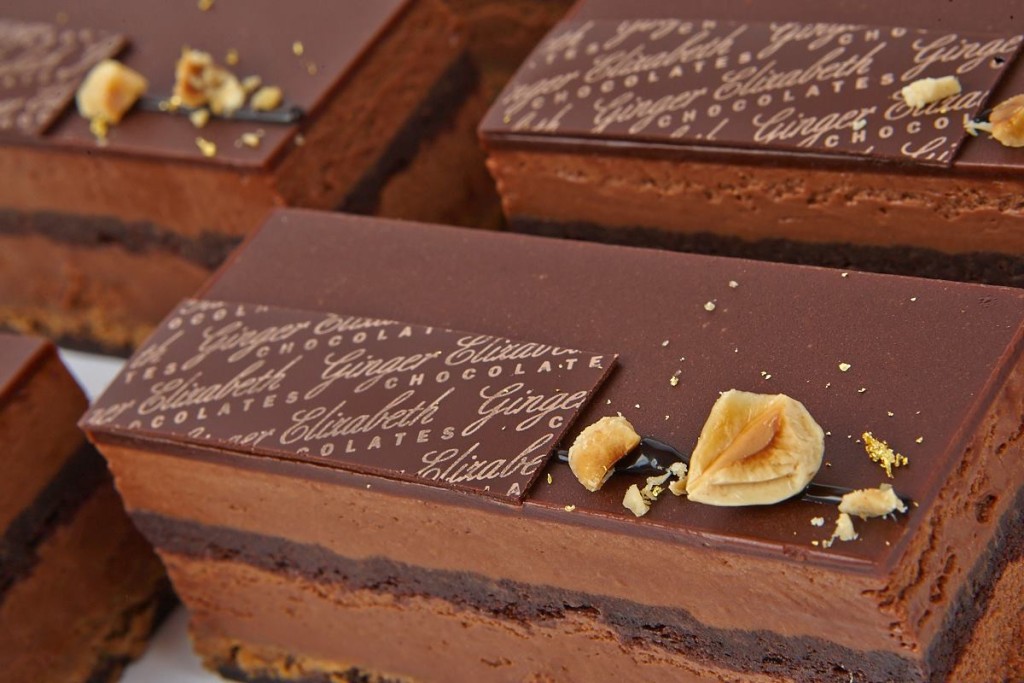